Why is the Ocean so important?

The Ocean is the heart of the planet. Water covers more than two-thirds of the Earth’s surface. Sea plants, like Posidonia, produce 70% of the oxygen we breathe (1), and the deep waters are home to wildlife and some of the biggest creatures on earth. It provides us with food, jobs, life, entertainment, and sailing! Without it, we cannot survive. Why should we care so much about the creatures that live in the ocean? Does it matter if a species disappear? What does that mean for us?

Seven reasons why the ocean is important.

1. The Ocean produces more oxygen than the Amazones.

It is often thought that rainforests are the primary source of oxygen on the planet, but the truth is that rainforests are only responsible for 28% of the oxygen on earth while oceans are responsible for the 70%. It does not matter how far we live from the sea, from every ten breaths you take seven come from the ocean. Have you ever seen a tree in the middle of the sea? No, right? That is because the Ocean does not need them, the phytoplankton has got it covered. Phytoplankton is a microscopic plant, a component of the plankton, which spends its life being carried by oceanic currents. Basically, these tiny little organisms act in the same way as tree leaves do on land. Phytoplankton absorbs carbon dioxide and releases oxygen. We do not see them, so we tend to forget about them if we even know about them in the first place. They are one of the tiniest beings on the planet, but one of the most important to have around, keeping us alive.

2. The Ocean regulates the Earth climate.

In many ways, the sea regulates our climate. It soaks up the heat and transports warm water from the equator to the poles, and cold water from the poles to the tropics. Without these currents, the weather would be extreme in some regions, and fewer places would be habitable. It regulates rain and droughts. Holding 97% of the water of our planet, almost all rain that drops on land comes from the sea. The ocean absorbs CO2, to keep the carbon cycle, and accordingly temperatures on earth, in balance. It is like our global climate control system. 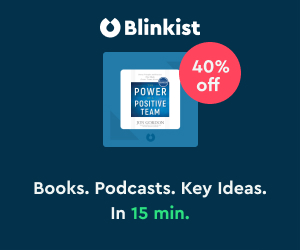 3. It is an important source of food.

The ocean is the number one source of protein for more than a billion people. Fish accounts for about 15.7% of the anima

l protein consumed globally (2).  Although, not everything is fish and seafood. Humans have traditionally used algae and sea plants for cooking sushi, seaweed pancit in Philippines, sea grapes, dulse, etc. There is a growing tendency of using algae and sea plants on our daily plates and start-ups like, “This is seaweed… ” (3) are making sure to introduce it in our supermarkets. Considering the world population growing by 1.5 million people every week, we are relying on the ocean more and more for survival, and we need from an alternative and nutritious food sources. For those who are not into eating insects, edible seaweed might be a good alternative.

4. Many creatures depend and live in the Ocean.

The ocean is not just home to us ocean lovers, but it is home to the greatest abundance of life on our planet. When you sail across an ocean, you will see dolphins, whales or a turtle popping up to take a breath. That is just what we see on the surface; there is more life below the ocean’s surface than on land. Experts predict4 that there are more than 300.000 different species underwater, and is still not clear how many of them we know. All the creatures that live in the Ocean play an essential role in the trophic chain of the ecosystems. Due to climate change (5), the ocean has been warming and losing oxygen, and its pH has been decreasing. Many marine species have already been adjusting their geographic and depth ranges with changes in sea temperature. However, not all species may be able to move to avoid thermal stress, and global warming has already been correlated with mass mortalities in the Mediterranean. With more than 60% of the world’s population living on the coastline, we all depend on a healthy sea just as much as these beautiful creatures.

“The sea, the great unifier, is man’s only hope. Now, as never before, the old phrase has a literal meaning: we are all in the same boat.”- Jacques Yves Cousteau

5. The best holidays are close to the water.

The ocean is a happy-zone! Our temple, our life, our second home, our exhilaration place. It’s where we swim, surf, sail, dive, chillax, and ‘lime’. Family holidays and Sundays often happen on the beach. For sailors, fisherman and islanders, it also is a transport zone. It carries us to new lands, and connect us with nature and each other. As sailors, we also serve as educators, ambassadors and advocates of a lifestyle on the water. Together we share a passion for the ocean, and an avid desire to keep our playground clean and safe forever. Waterways are crucial to our health, for us and future generations.

6. Many jobs are related to sea activities.

The FAO estimates (6) on the most recent official statistics indicate that 59.6 million people in the world were engaged in fisheries and aquaculture in 2016. Only at the European Union level, the blue sector represents 3.362.510 of jobs(7), in 9 subsectors: coastal and maritime tourism, Aquaculture, Renewable Energy, Mineral Resources, Biotechnology, Fisheries, Shipbuilding and Ship repair, Offshore Oil and Gas, and Transport. In fact, 90% of the world trade is made by sea. In the U.S. close to three million jobs(8) are directly dependent on the resources of the oceans and Great Lakes. The ocean gives jobs to fishers, lifeguards, surf instructors, harbours, (free)diving schools, marine-based tour operators, water sports businesses, holiday accommodations, and, of course, ocean nomads!

7. The Ocean has therapeutic properties.

Did you know that the anti-viral drugs Zovirax and Acyclovir were obtained from nucleosides isolated from Caribbean sponges? Or that Yondelis, developed from small soft-bodied marine animals, was the first drug of marine origin to fight cancer(9)? When we dip in the water, our inner dolphin gets released. It’s called the “mammalian diving reflex”(10). I learned this when I started freediving. When our face touches water, our heart rate immediately slows down, and blood moves from the extremities to the brain, heart and vital organs of our body. Seals and dolphins have this reflex, and so do we! It wakes us up and makes us feel vibrant and alive. The ocean is therapeutic. When we see, feel, hear, smell or taste water we are happy and at peace. Research has proven that the so-called blue spaces can directly reduce psychological stress and improve mood(11). Read Blue Mind to learn more about that. Despite all that, we still know more about Mars than we know about the ocean! A healthy ocean keeps us healthy on earth. We are alive right now because of the oceans. Now the ocean needs to be kept alive by us. The choices we make now determine our future, and our children’s future. We have the responsibility to care for the ocean as it cares for us.