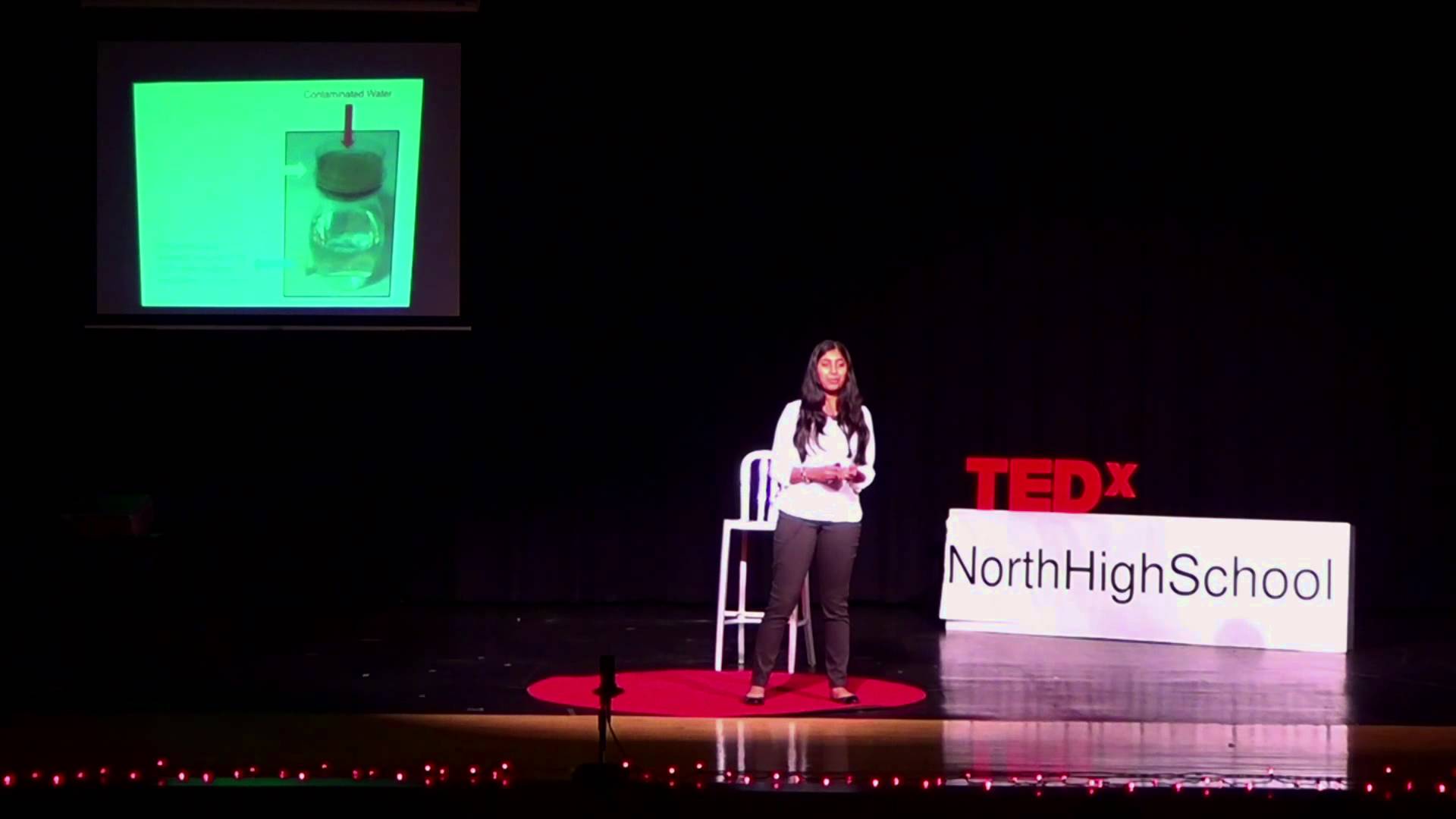 Deepika presents her talk about the global water crisis and how she used science, technology, engineering and math to help find a solution to this pressing issue.

Deepika Kurup is an inventor, scientist and clean water advocate. She is the recipient of the 2012 Discovery Education 3M Young Scientist Award. Kurup was awarded the ,000 Award, for her work in developing a new and inexpensive method to clean water using solar power. She also won the 2014, U.S. Stockholm Junior Water Prize with her project “A Novel Photocatalytic Pervious Composite for Degrading Organics and Inactivating Bacteria in Wastewater.” The award included a cash prize of ,000, and an all-expense paid trip to Stockholm, Sweden where she competed at the International Stockholm Junior Water Prize. In January 2015, Deepika was named as one of Forbe’s 2015 30 Under 30 in Energy.

This talk was given at a TEDx event using the TED conference format but independently organized by a local community. Learn more at http://ted.com/tedx