There is the same amount of freshwater on earth as there always has been, but the population has exploded, leaving the world’s water resources in crisis. 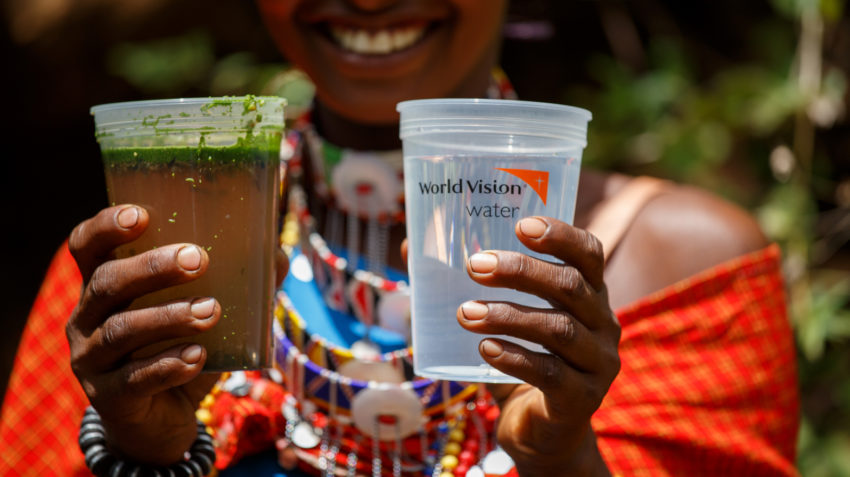 The water you drink today has likely been around in one form or another since dinosaurs roamed the Earth, hundreds of millions of years ago.

While the amount of freshwater on the planet has remained fairly constant over time—continually recycled through the atmosphere and back into our cups—the population has exploded. This means that every year competition for a clean, copious supply of water for drinking, cooking, bathing, and sustaining life intensifies.

Water scarcity is an abstract concept to many and a stark reality for others. It is the result of myriad environmental, political, economic, and social forces.

Freshwater makes up a very small fraction of all water on the planet. While nearly 70 percent of the world is covered by water, only 2.5 percent of it is fresh. The rest is saline and ocean-based. Even then, just 1 percent of our freshwater is easily accessible, with much of it trapped in glaciers and snowfields. In essence, only 0.007 percent of the planet’s water is available to fuel and feed its 6.8 billion people.

Due to geography, climate, engineering, regulation, and competition for resources, some regions seem relatively flush with freshwater, while others face drought and debilitating pollution. In much of the developing world, clean water is either hard to come by or a commodity that requires laborious work or significant currency to obtain.

Wherever they are, people need water to survive. Not only is the human body 60 percent water, the resource is also essential for producing food, clothing, and computers, moving our waste stream, and keeping us and the environment healthy.

Unfortunately, humans have proved to be inefficient water users. (The average hamburger takes 2,400 liters, or 630 gallons, of water to produce, and many water-intensive crops, such as cotton, are grown in arid regions.)

According to the United Nations, water use has grown at more than twice the rate of population increase in the last century. By 2025, an estimated 1.8 billion people will live in areas plagued by water scarcity, with two-thirds of the world’s population living in water-stressed regions as a result of use, growth, and climate change. The challenge we now face as we head into the future is how to effectively conserve, manage, and distribute the water we have.